Skip to content
HomeLegal‘Cultural Bias’ and Wrongful Convictions of Women

Photo by Matthew Henry via NegativeSpace

Panelists called on prosecutors to take a closer at the implicit cultural biases that can lead to a misreading of evidence or faulty assumptions when women are brought to trial.

Valena Beety, a former federal prosecutor and deputy director of the Academy for Justice at Arizona State University, told the panel that “false confessions and the greater likelihood of women to internalize blame, even if there is no wrongdoing,” are among the reasons why women are wrongfully convicted.

According to Beety, many of the instances where women have been wrongfully convicted after a false confession are the result of their “internalizing a sense of responsibility” for offenses committed by significant others that brought them into involvement with the justice system.

Data on exonerations suggest that a disproportionate number of women were convicted in cases where it was ultimately found that no crime occurred.

Marissa Boyers Bluestine, assistant director of the Quattrone Center for the Fair Administration of Justice and former director of the Pennsylvania Innocence Project, shared data from the National Registry of Exonerations on the number of exonerations received by men and women. 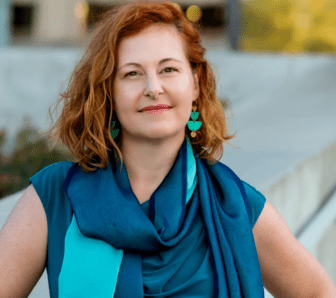 Of 3,100 exonerations tracked by the registry, women made up only 8 percent.

But of the 280 exonerations received by women, 205 of them were “no crime” exonerations, that is, exonerations granted in a case where, ultimately, no crime was committed.

Examples include accidental fire cases charged as arson, or cases of child death where there was a natural or other non-criminal cause of death.

“That’s 73 percent of all the cases—an astonishing number,” Bluestine said.

“And that alone should give, I would hope, prosecutors great pause in terms of how we are approaching these cases.”

In cases where a crime was committed, panelists noted that in their experience, women who played accomplice or secondary roles were often more harshly charged and punished than the men who committed the crime at the center of their case.

“That was her entire involvement; that’s all that came out at trial,” Bluestine said.

But she was convicted of first degree murder and is currently serving a life sentence, while the man who committed the murder was sentenced to 6.5 to 15 years in prison after testifying against her at trial under a plea-bargain.

“We see those stories [often], that the person who actually committed or came up with the criminal activity does not suffer nearly the same amount as the woman who is dragged into it,” Bluestine said.

Moreover, women are often underrepresented, or don’t receive the same quality of legal counsel as their male counterparts when pursuing deals with prosecution or approaching their legal case overall.

“They don’t have the same advocacy or the same attorney who says ‘hey, listen, let’s cut the deal fast. Let’s get you that third degree.’” Beety said.

“I hope that prosecutors become more aware of that discrepancy sadly between the severity of conduct by women and the sentence they receive.”

Before and after conviction, women may not receive the same support from family and friends offered to wrongfully convicted men. 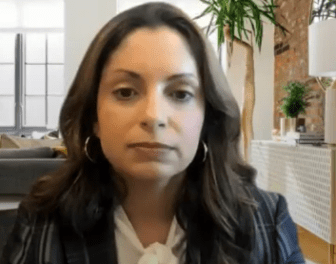 “I get tons of letters from men in prison. And something that keeps me up at night is how few I get from women in prison,” Sunny Eaton, of the Nashville District Attorney’s Office, said.

“I get none from men advocating for women in prison.”

“The reality is that women just don’t have the same public advocacy or even family or friend advocacy in the same way that men tend to,” Eaton said.

The World After Roe

Panelists warned that many issues faced by wrongly convicted women may come in to play as abortion becomes criminalized in states across the country, and as legal abortion protections are being dismantled since the Supreme Court’s decision in Dobbs v. Jackson Women’s Health Organization.

Even before the decision, women were at risk of being “wrongly convicted of feticide when they have had a miscarriage,” Valena Beety said.

She cited the example of Rennie Gibbs, who, in 2006, was 16 years old when she gave birth to a stillborn child in Mississippi. The infant Gibbs named Samiya was delivered stillborn a month premature with the umbilical cord wrapped around her neck.

But Gibbs had taken cocaine during her pregnancy, and despite the evidence of how Samiya died, Gibbs was charged with murder.

One method in particular that is still used in courts is a ‘live birth test’ that checks the organs of a fetus to, ostensibly, test if a fetus took its first breaths and was therefore ‘alive’ before its death.

Beety condemned the method as a debunked test from the middle ages  and, in another example relevant to the post-Roe landscape, pointed to a recent case that used it to charge a young woman with murder in Indiana.

Purvi Patel was convicted in 2013 of feticide for allegedly intentionally causing a miscarriage by taking an abortifacient, a kind of substance or medicine that induces abortion.

She was also charged with child neglect, hinging on the allegation that the fetus was alive when it was born and Patel abandoned it. 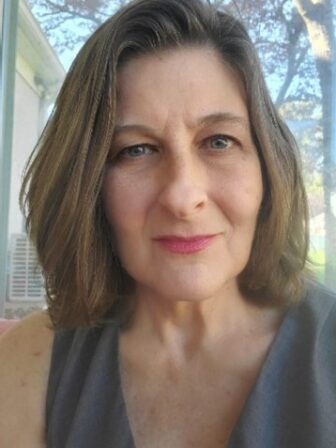 The prosecution’s pathologist used a pseudoscientific “lung float test,” testing the buoyancy of lungs removed from the fetus.

This kind of “live birth test” is used almost exclusively in prosecutions of women as faulty proof that a woman killed her newborn child.

Faulty forensic or scientific evidence is not just limited to feticide cases, and it’s present in an exceptional number of cases involving wrongfully convicted women, particularly in cases involving alleged abuse of a child.

The panelists also cited “shaken baby syndrome” and abusive head trauma cases across the country, which are often based on faulty science and have led to prosecutions and in some cases extreme sentences for mothers and caretakers.

Marisa Bluestine said she has been shocked by how many prosecutors will accept reports of shaken baby abuse or head trauma solely because a doctor told them a case looked like abuse.

“What does that do but completely hand over prosecutorial discretion and the duty of the prosecutor to independently evaluate a case to a medical expert?” Bluestine asked.

“Whenever you conflate doctors with homicide detectives, it becomes problematic.”

“Whenever you conflate doctors with homicide detectives, it becomes problematic,” Sunny Eaton said.

“There are prosecutions that continue to be brought based on shaken baby syndrome and abusive head trauma that don’t even meet the internal standard within that diagnosis,” Beety said, pointing to the case of Tasha Shelby in Mississippi.

Tasha Shelby was convicted of murder in 2000 for the death of her fiancé’s toddler son and sentenced to life in prison. Shelby allegedly caused the child’s death by “shaken baby syndrome,” a determination with a now controversial and potentially pseudoscientific diagnostic process.

The child had a history of seizures and, 16 years after Shelby was incarcerated, the medical examiner on her case reexamined his files and the boy’s medical records and changed the cause of death to accidental. Despite the evidence, Shelby’s conviction was reaffirmed by the Mississippi court of appeals in 2020. She remains incarcerated.

Panelists suggested that, since many no-crime wrongful convictions are linked to faulty forensic or scientific evidence, prosecutors raise the bar for the use of more reliable forensic evidence in criminal cases.

Bluestine argued that prosecutors need to acknowledge “that there’s at least a possibility that the science presented at the trial was either flat out wrong or incorrectly understood.”

Sunny Eaton argued that there should be funding and allowances from judges for both sides to retain expert witnesses not just for testimony but for education.

“Why not provide everyone with the resources to get the best information in front of juries?” Eaton asked.

Eaton is optimistic that she’s seeing change in her office, where as the head of the conviction review unit she holds a senior leadership role, in contrast to many similar units across the country.

“I have prosecutors coming to me and saying, ‘I think I might have committed a Brady violation. I understand why that can’t happen. Can you help me fix it?’” Eaton said.

“That is culture change. That is how we get to this place of really prioritizing getting it right instead of getting it done.”

A recording of the panel can be watched here.

The Institute for Innovation in Prosecution at John Jay College works to promote data-driven strategies, scholarship, and innovative thinking to a national body of prosecutors, policy experts and their communities.

Sunny Eaton suggested audience members take a look at the Conviction Review Unit’s Report on the case of Joyce Watkins and Charlie Dunn, where Watkins had been wrongfully convicted for the murder of her great-niece.