The 1966 spy spoof Our Man Flint was still playing in theaters when 20th Century-Fox gave the greenlight for a sequel once again starring James Coburn as super secret agent Derek Flint.

Actually, the title character is nowhere to be seen in the opening scenes of In Like Flint (1967). Instead, the plot focuses on a group of businesswomen who have set their sites on world domination. Their plans hinge on taking control of a space platform armed with nuclear weapons and replacing the U.S. president with a lookalike actor.

The latter scheme is almost executed perfectly. While the president is playing golf, a gas is deployed that places him and his colleagues in a trance for three minutes. During that time, the real president is kidnapped and the fake one takes his place. The one hitch is that Lloyd Cramden (Lee J. Cobb), one of the president’s closest advisors, was timing the commander-in-chief’s golf swing. Cramden can’t figure out how it took the president three minutes to hit a golf ball. When he suspects a conspiracy within the White House staff, Cramden turns to Derek Flint to find out what happened. 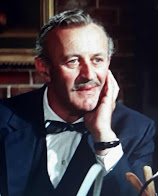 Flint infiltrates a top-secret government facility, eludes the KGB across the rooftops of Moscow, and confronts the villains at a Caribbean spa resort called Fabulous Face. He also finds time to dance with the Moscow Ballet, talk with dolphins, experiment with sound waves, and–of course–romance beautiful women. Yes, In Like Flint offers nothing new to the formula that made Our Man Flint a success. The differences this time around are that the premise isn’t as fresh, the plot is sillier and even more sexist, and there seems to be less Flint. In the film’s first half-hour, his screen time is limited to a single six-minute scene. 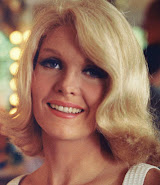 Coburn’s charisma and Cobb’s enthusiasm make up for a lot of the film’s deficiencies. The typically serious Cobb seems to enjoy the chance to do some comedy, whether flirting with a younger woman or dressing in drag as a disguise. However, it’s unfortunate that in a movie where gender plays a major role in the plot that the female cast members are mostly wasted. The exceptions are Jean Hale, who has an amusing scene with Cobb, and Yvonne Craig in a cameo as a Russian ballerina who banters playfully with Coburn’s hero.

Composer Jerry Goldsmith recycles some of his marvelous score from Our Man Flint and adds a melodic, instantly hummable title theme. Later in the film, you can hear the unusual, playful lyrics written by the late Leslie Bricusse. The song, known as “Your Zowie Face” (a reference to Cramden’s organization, the Zonal Organization World Intelligence Espionage) has been covered by Nelson Riddle and his Orchestra and jazz guitarist Russell Malone.

At its best, In Like Flint is light, frothy fun if you can ignore its 1960s celluloid view of the conflicts between men and woman. Perhaps, Our Man Flint deserved a better sequel, but I’m glad we have one. 20th Century-Fox wanted to make a third Flint film. There are conflicting stories as to why that didn’t happen. In 1976, ABC broadcast a made-for-TV movie called Our Man Flint: Dead On Target, a pilot for a TV series that never materialized. It starred Ray Danton as Flint. That just ain’t right–James Coburn is the only Flint!