Skip to content
HomeGamingSony PlayStation might be working on a new Uncharted game: Here are the juicy details

PlayStation might have accidentally revealed that a new Uncharted game is in the making. In the past, there have been reports about a new Uncharted game in development at Sony San Diego. However, some suggest that the project is cancelled and the studio will not take it up anytime soon. In a rather surprising turn of events, Sony PlayStation is hiring for a Game Design Internship in San Diego. Interestingly, the internship description mentions that the game is being created with the developers of the Uncharted series.

Sony PlayStation studio is working with the developers of Uncharted

At the time of writing this article, the position for an intern at Sony PlayStation remains to be open. “We are a new PlayStation studio based in San Diego, CA,” read the internship listing. “Our team seeks to impact SIE positively by inspiring the thoughts and emotions of players worldwide through an amazing gaming experience.”

The listing says that the studio is co-developing an exciting new project with Naughty Dog in a beloved franchise. Although, it remains unclear whether this is a new team within the Sony San Diego studio or a completely new studio.

A new Uncharted title seems to be in the works 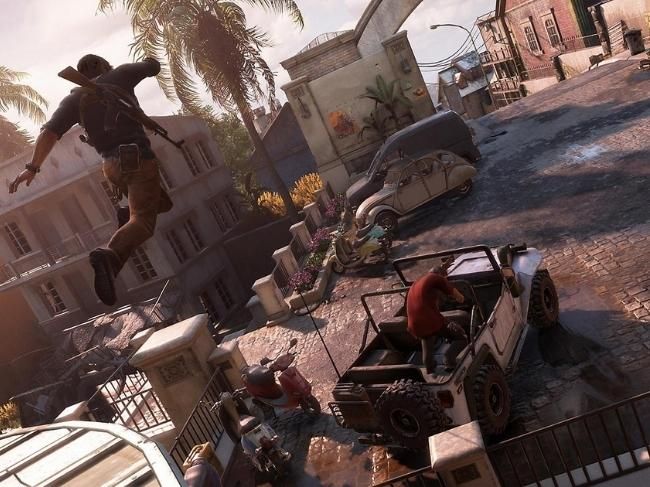 As per Comicbook.com, there can only be three possible titles that the studio is co-developing, including The Last Of Us, Jab and Daxter, and Uncharted. However, out of these options, the first is unlikely, as Naughty Dog won’t contract The Last Of Us. The second option is Jak and Doctor; it has been dormant for many years now, and it would be a surprise for players if the studio is working on it.

That leaves us with the popular Uncharted franchise, which happens to be one of PlayStation’s most iconic series and a successful movie as well. However, readers should keep in mind that this is speculation at the moment and that neither Sony nor Naughty Dog have confirmed anything.