Madison LeCroy hosted an “Ask Me Anything” session on her Instagram Story on Sunday night. And, amid her chat with her fans and followers, the Southern Charm cast member answered questions that have been on the minds of many viewers.

In addition to confirming what her fiancé, Brett Randle, does for work and sharing her status with ex-husband Josh Hughes, Madison revealed what she’s learned from her time on Bravo, teased the upcoming season eight reunion, and spoke of having more kids.

“What does your fiancé do for work?” a fan asked on August 14. 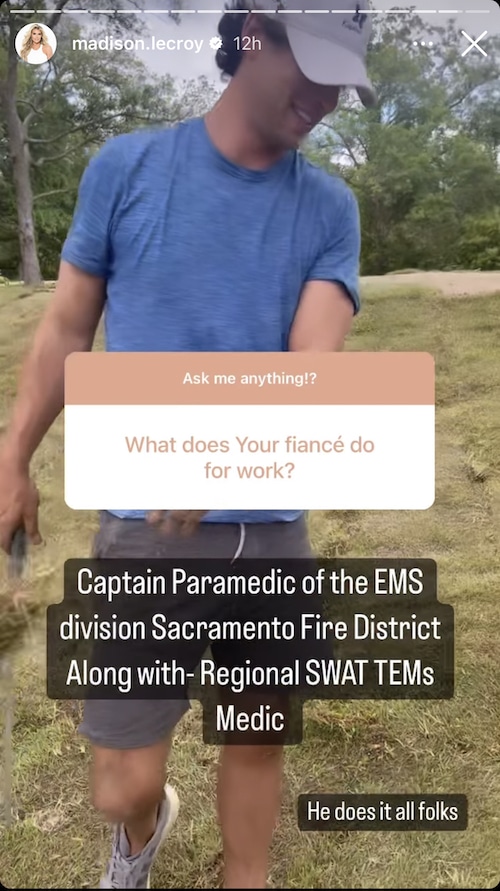 Another fan wondered, “Is Hudson’s dad in his life?”

“Yes!” Madison confirmed. “We have joint custody [and] we are killing it… But don’t get me wrong wasn’t always smooth sailing.” 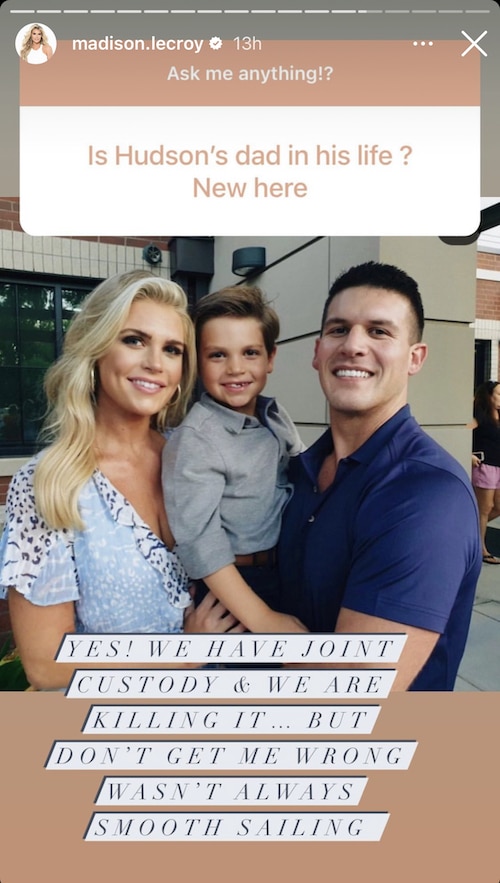 Then, when a third follower of Madison asked her for “preggo pics” of her with Hudson, the Southern Charm cast member posted a photo of herself pregnant in a red dress with a pacifier in her mouth.

“I knew y’all would ask this!” she exclaimed. “We were playing some game hits the [bottle] but I’m not sure what’s bigger my boobs or my belly.” 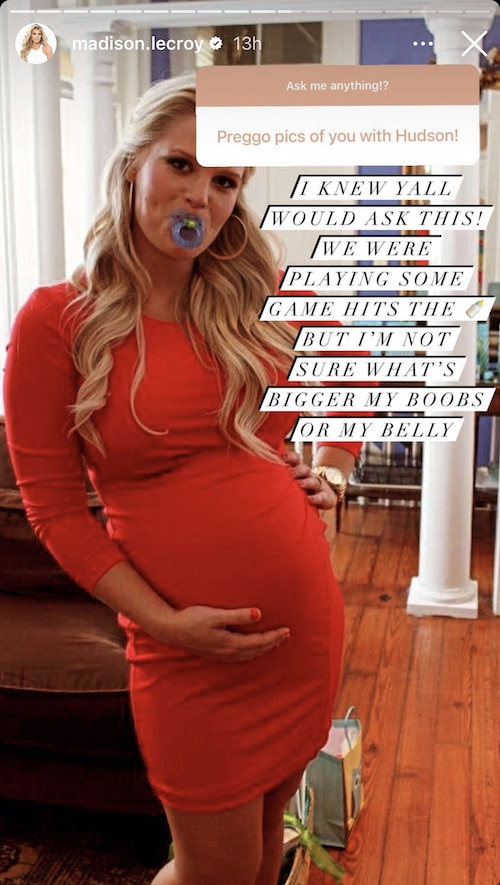 Someone else asked, “What’s the biggest lesson you’ve learned during your time on reality TV?”

“Be heartless in this industry because you literally can’t trust anyone… You think some people are your friends but then you realize,” Madison responded, then teasing the upcoming reunion taping.

“I think we all know you don’t want to be on my bad side! Looking forward to the reunion,” she warned. 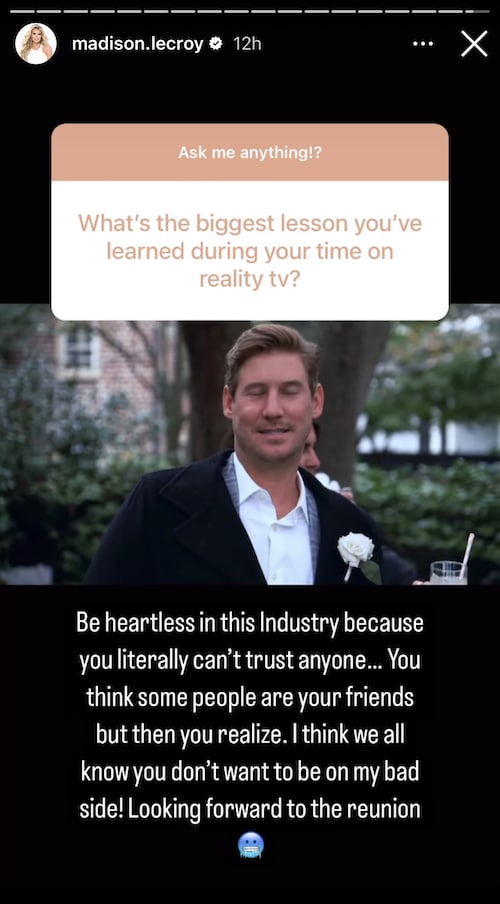 Also during the Q&A, Madison, who is set to wed Brett later this year, was asked about her plans to expand her family.

“Do you want more kids?” an Instagram user wrote.

“Hudson was the cutest/best [and] I can’t wait for more,” she replied, along with a throwback photo of her boy. 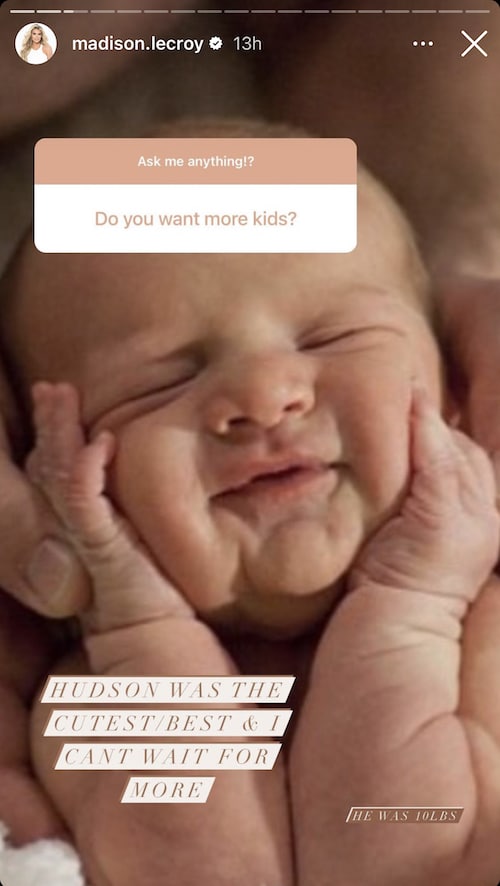 247 News Around The World

247 News Around The World