Rather than creating sprawling cities Saudi Arabia is taking a new path and creating THE LINE a new futuristic city that will stretch for 75 miles as part of a futuristic development plan to transform the kingdom. The city consists of two buildings 1,600 ft tall running in parallel to each other for 75 miles crossing mountings, deserts and coastal terrain. Areas will be connected via walkways, according to hundreds of pages of confidential planning documents that lay out the idea for the first time in detail. 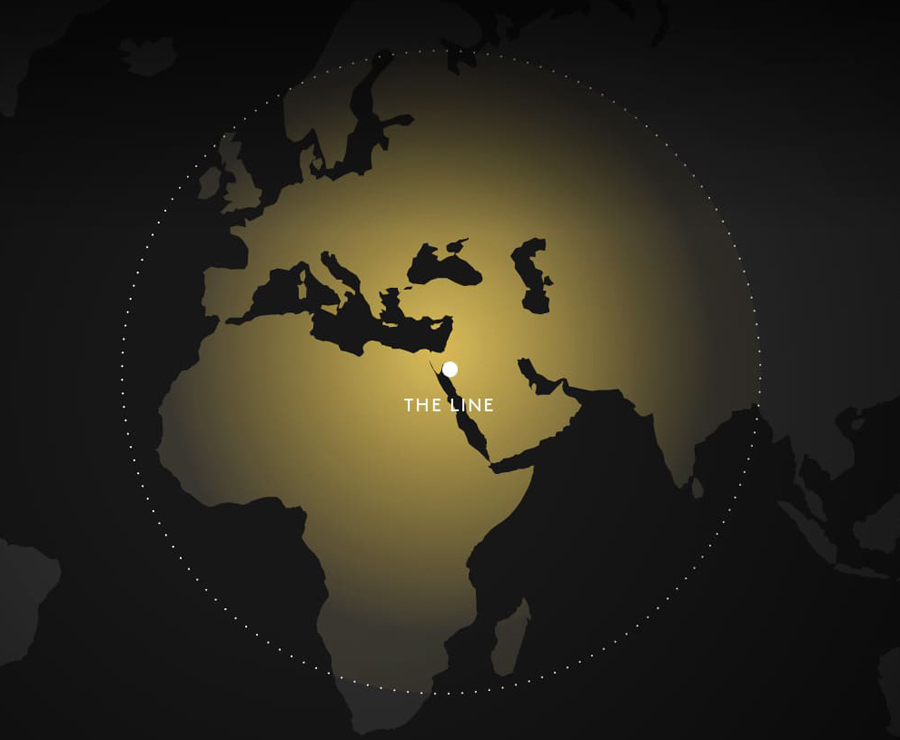 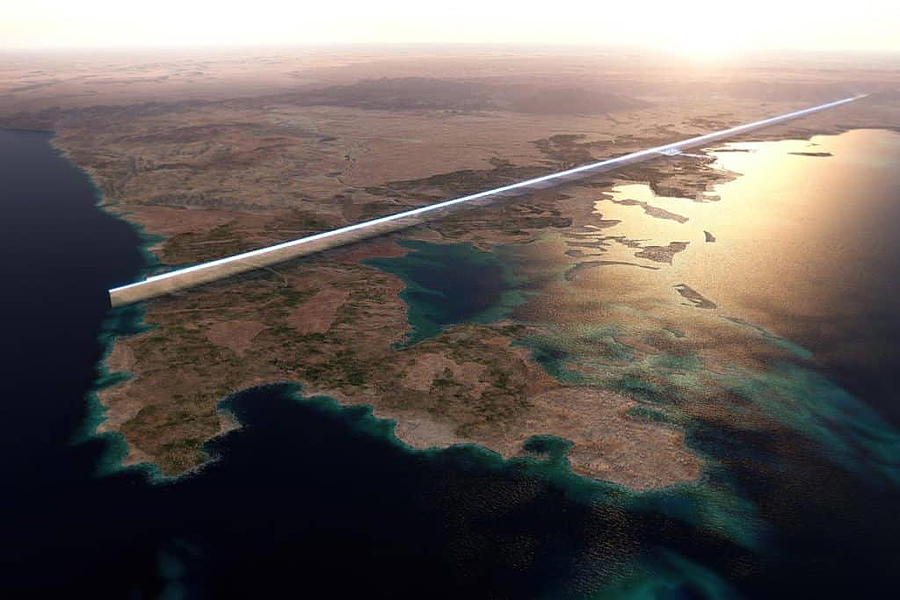 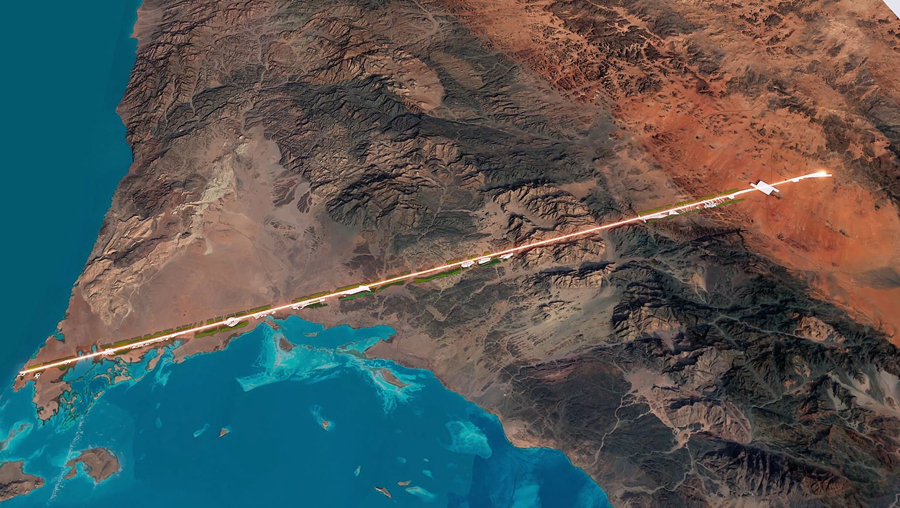 A budget of $500 billion has been set to create the ambitious project in the city will include a stadium which will be situated up to 1,000 ft above the ground as well as including a marina for yachts under an arch between the buildings. Check out the video embedded below which was shared by Saudi Arabia via Twitter. As more details are unveiled for the futuristic city we will keep you up to speed as always but for now enjoy a couple of photos that have been shared by Saudi Arabia revealing the city which is something never seen before and looks as though it has been plucked from a science-fiction movie. Also you might be interested in 10 amazing architectural projects in the world. 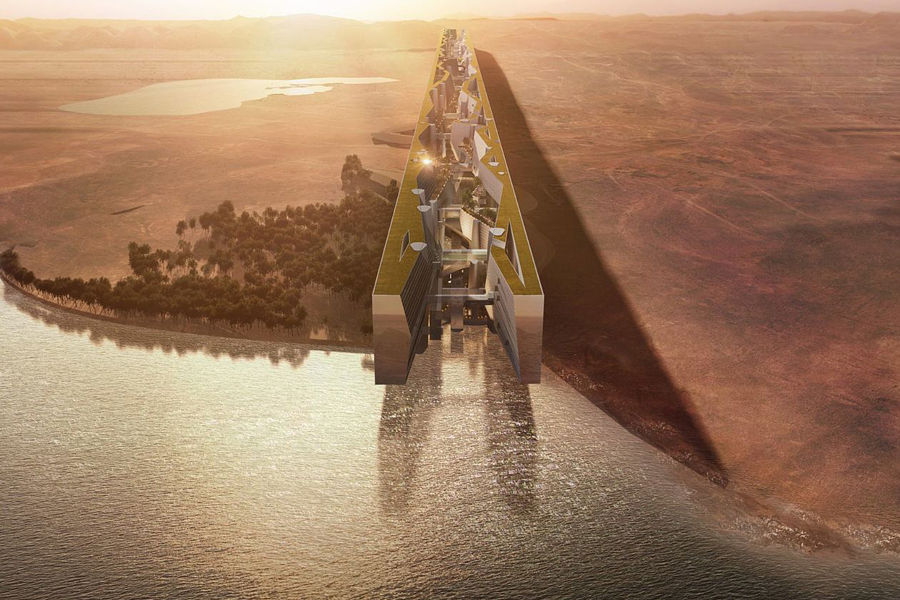 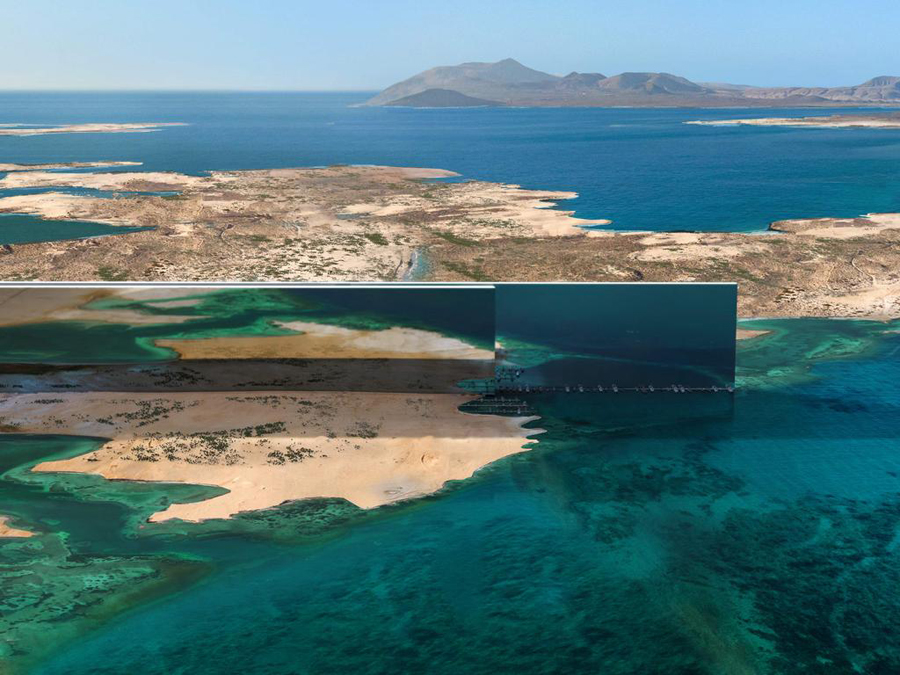 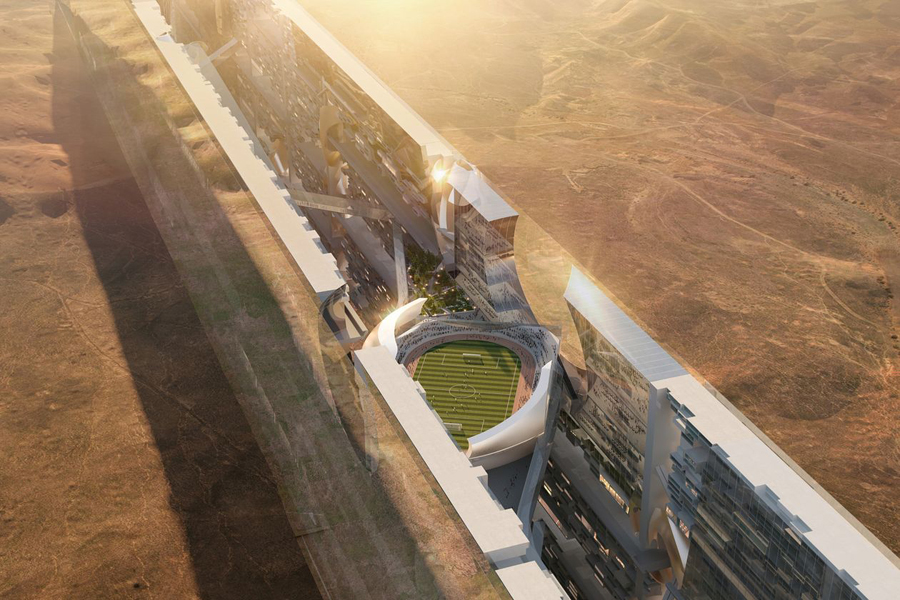 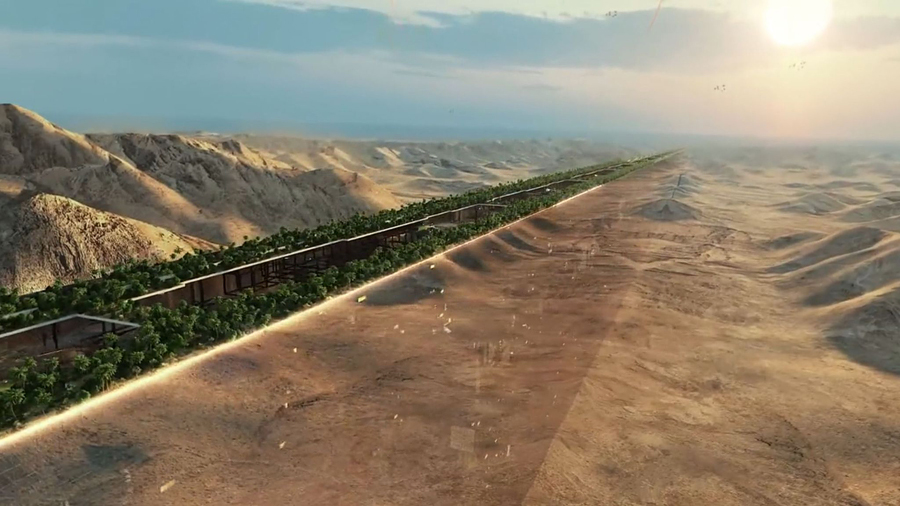 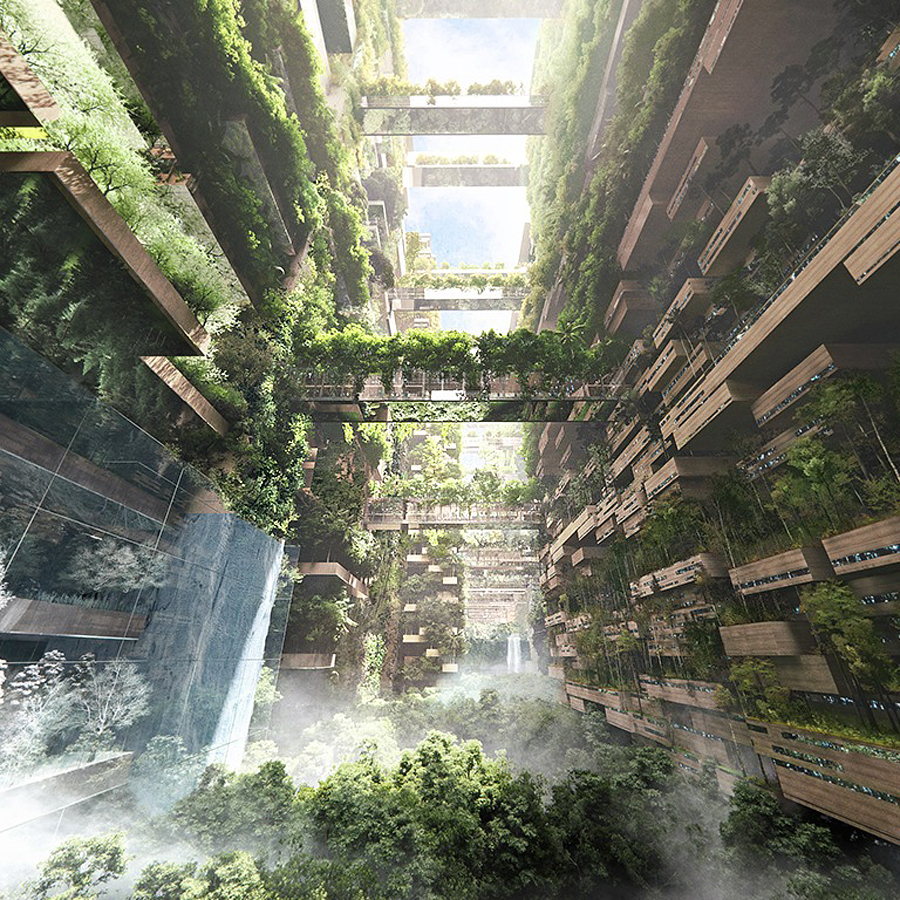 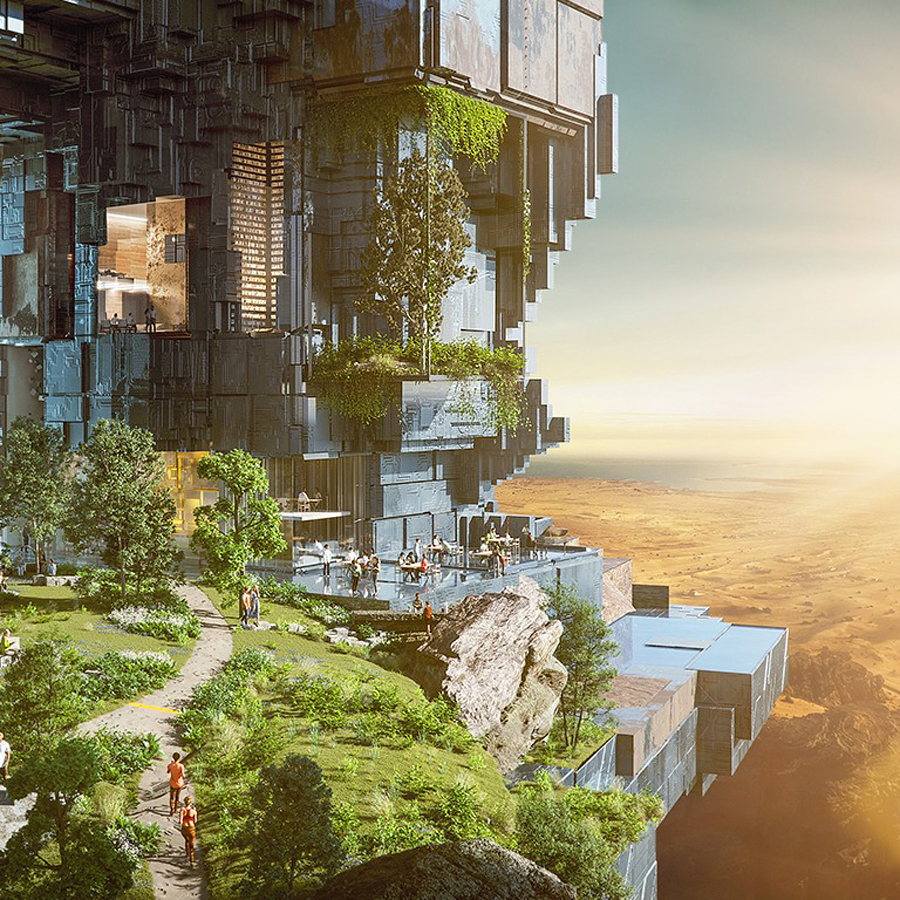 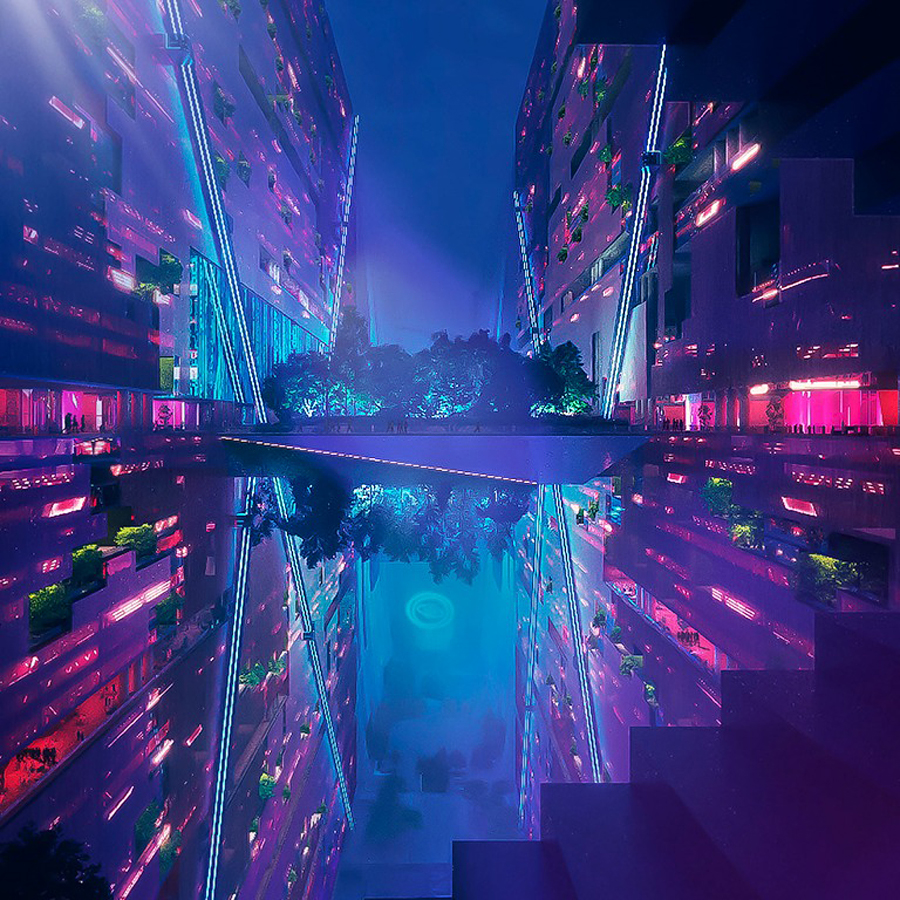 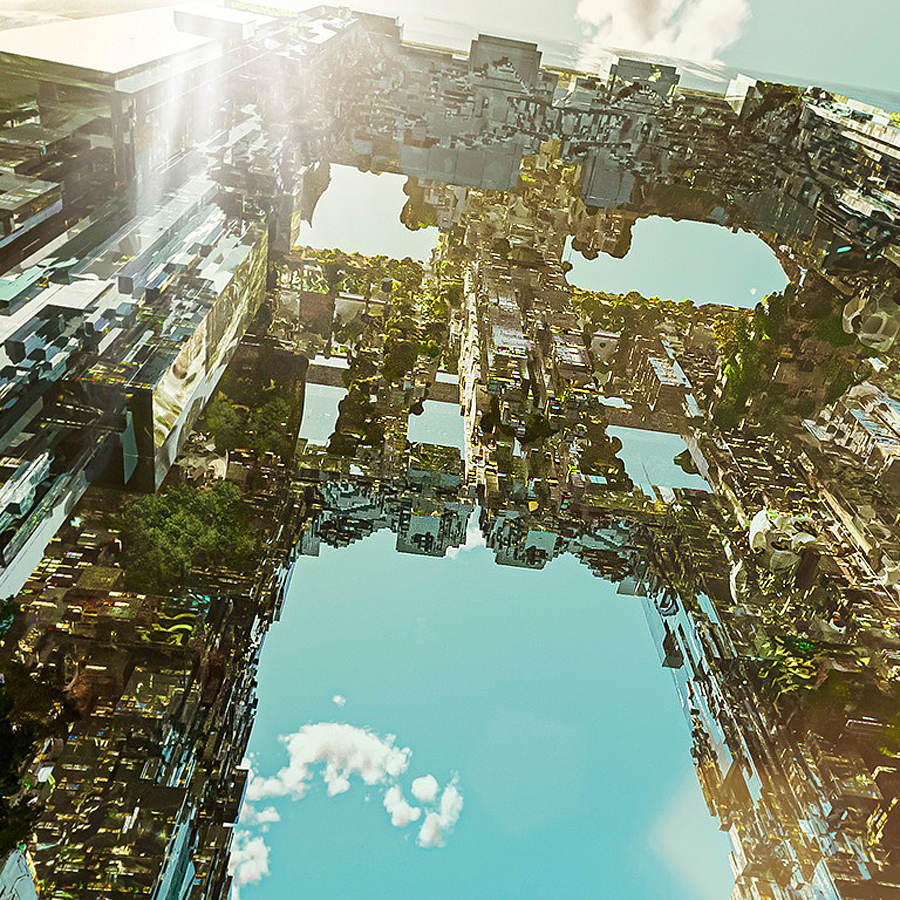